skip to main | skip to sidebar

Yes, it's been a while, hasn't it? The reason is that for the moment I've shifted my online 'presence' across to Facebook. Add me if you like. With a baby boy on the scene I haven't had the time or inclination to post here of late. Besides, very little is new in my world beyond said baby. I'm still working on the rewrites of the novel which will likely be called either Dead in the Water or The Boy with Seafoam Eyes. I haven't decided which. Two very different flavours, I think you'll agree. Anyway, I'm popping on here to post a brief excerpt - 951 words to be precise. Have a look, tell me what you think if you wish. It is only an excerpt, so don't expect to get all that much from it other than a hint of the flavour of the book. I've used that word flavour twice now. Three times. I must be hungry. So while I run off to look for something to eat, here you go:

Chapter VI
Present Day Interlude: The Post-It Note
I quickly turn the monitor off at the sound of someone approaching and it's not until my wife is standing in the study doorway in her pink towel robe and Alpaca fur slippers that I realise I have been holding my breath the whole time I was typing those last few sentences about Ella.

I call this place a study but it's more of a nook with room enough for a narrow computer desk, a two-drawer file cabinet, and an office chair you can't spin on without scudding your feet along the pale blue walls. The small six-pane window allows in a certain amount of light on these bright July mornings—I call it a lure of light since it tries to draw me outside on those frequent occasions when memory and then imagination fail me. At thirty-six, yes, they are already failing me. I am increasingly dependent on my morning ritual to crowbar me into "the zone": the kick-start of coffee drunk in big swallows, the gathering of information (at times hard to find and at others even harder to believe) by leafing through Ella's dog-eared diary, and the ten minutes and upwards of contemplative gazing at the cracked snow globe that sits on a corner of my desk. Eventually, my hands hover over the keyboard, fingers twitching like those of a magician willing his trick to work. But the words come fast when they come—when I'm not interrupted by my wife who chooses the worst moments to loiter and who it seems has nothing more to say to me after seventeen years than:

Not even good morning either, just "morning."

With that agreement forged between us—and before I can pass her the Post-It Note—she turns and pads off toward the bathroom at the end of the hall where, a few moments later, the showerhead spits and hisses into life. Which strikes me as odd. No, not odd: unusual.

Ever since I started writing this book I have begun to notice certain things about Mrs Thomas Crouch, fellow educator of primary school children. How she showers less frequently. How she rarely shaves her legs. How the hair she once wore in a sexy tight ponytail now hangs in limp and greasy blonde ropes. And perhaps saddest of all: how those blossoms of colour on her cheeks that only a few years ago were roses sprung from passion's seeds were quite possibly now the engorged blood vessels of a constant and furious embarrassment. Of what or whom, she never says. But it has become apparent to me that by focusing on the details of Ella Bradburn's life my insights have become sharper, my thoughts—some of them at least—clearer, like signals gathered in by an antenna on the morning after a storm.

But despite having this new ability to recognise that Sally Crouch of Today is a completely different woman from Sally Crouch of Yesteryear, I still cannot put my finger on why or when this transition occurred. Maybe it's because most of my attention has been focused on the kids I teach, the twenty-four eleven-year-olds who look to me to lead them to the path that will take them through the forest of Secondary Education (and from there on to the darker forest that is Adulthood), and who have among them that special, gifted child we educators lie in bed at nights and pray to have the good fortune to stumble upon just once in our careers. Yes, Brian Trimble is the reason—

Come on, Tom, be honest; he is one of many reasons.

—why I sit in this study every night; why I sometimes lock myself in here away from Sally and the kids for entire weekends at a time.

No, this is not really about the Trimble kid. This is about more than my fear of one day standing in that classroom and not having the answer to one of his questions, me blank of face and blank of mind while he pins me with information-hungry eyes and the rest of the kids scoff into their hands at Mister Crouch in a corner, Mister Crouch in a bind. This is about more than some youthful Prince usurping an elder King. It is about my Queen, and last night.

For months now, Sally has been wandering our house like a dog chained to a post. She virtually ignores me and the three girls, barely functioning in her role as wife, mother, and even, I suspect, teacher. It seems she cannot wait for late evenings and the opportunity to plug herself into the girls' videogame console, an Xbox 360 we bought for them as a shared present last Christmas. And then it's on with the headset, on with Xbox Live, and on with the youthful banter or "trash talk" or whatever the hell the kids call it these days. It is the only time I see her come alive, when she's burning round some racetrack with the voices of other players in her ear, laughing as she leaves one of them in her dust, in a verbal exhaust of teasing and taunts, and then giggling, yes, giggling like her own eight-year-old any time she fucks up, crashes, and dies.

Last night, quarter to midnight, I woke up in bed and rolled over. When my outstretched arm met no resistance on its way to her cool, empty side of the mattress, my eyes snapped open. I sat up. Swung my legs over the side. Toed around in the dark for my slippers. The whole time, from our living room, I heard the high-pitched snarl of a super-charged engine.

Labels: chapter VI, dead in the water, excerpt, novel, the ballerina the boy and the thing in the water, the boy with seafoam eyes, the novel, writing

There are no words... 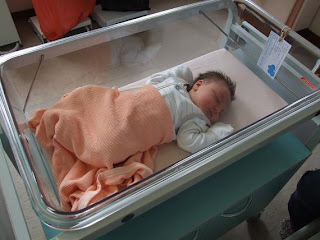 With just two short stories published in 2010 I was very surprised today to learn I got an Honorable Mention for 2010 in Ellen Datlow's Best Horror of the Year. The story was Lost Lying on Your Back and it was first published in GUD Magazine #5 last February. Thank you to Ellen and to the team at GUD, especially Kaolin Fire, the editor of that particular issue. It makes we want to get back to writing short stories instead of editing this novel, but I have to stay on the path...for now.
Posted by Steven J. Dines at 7:34 pm 2 comments:

Labels: best horror of the year, ellen datlow, honorable mention, lost lying on your back

With the baby due to make his appearance in early April (or perhaps sooner since he's measuring 4 weeks ahead) I've been fairly busy emptying what used to be my study. Sounds like an easy task, but with 10 years of stuff to sift through and limited space to put it all afterward, it's turned into a little nightmare. Anyway, it's done. The walls and ceiling of baby's room were plastered last week and the electric sockets and a light fitting were replaced, so that leaves the painting, the carpet, and the part I'm so looking forward to - assembling the furniture.

The novel is progressing, albeit slowly, through the second draft, and I'm pleased with the rewrites thus far. I'd love to predict the completion date but since my weekly output varies so much at the moment it's hard to say. Maybe by my boy's first day of school *sigh*

I'll end on two recommendations. If you haven't read Stephen King's novella collection Full Dark, No Stars or checked out Boardwalk Empire on Atlantic, you definitely should.

Disney: the Good, the Bad, the Gary Numan 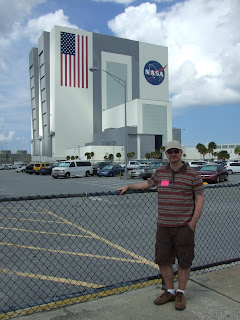 It's been two weeks since we got back from Florida and I'm only now finding the time and energy to post this short blog. Like a lot of people, I've found it hard in my post-holiday blues to resume the humdrum routine. It wasn't that it was the perfect holiday, because it wasn't. As enjoyable as it was it inevitably paled in comparison to our wedding and honeymoon trip there three years ago. On that trip the planets all stood in line for us. This time, they didn't, or at least not nearly as much. Still, we had a fun if tiring time. The best: dining with a real astronaut at Kennedy Space Center. The worst: night terrors that visited me every night for the first ten nights or so, nasty little dreams full of darkness and violence. It's funny when I think about it now; there we we were, holidaying in a world of magic and innocence and I'm laying my head down at night to stuff that would make even Jack Ketchum turn on the lights. The weird: spotting singer and musician Gary Numan at the stroller parking area near Cinderella's Golden Carousel in The Magic Kingdom. I think I'm the only person who recognised him, which is either sad for him or sad for me - answers on a postcard.

Back to reality and that ever-growing To Do list. This week, to start things off, I'm going to sit down and read through the first draft of the novel, taking copious notes along the way for the second draft, which should be a lot of fun. Or not. But you never know, maybe some of those Disney nightmares will prove useful...

(Yes, that's yours truly in the pic, in full tourist get-up. The word you're looking for is dork, or maybe dickhead).
Posted by Steven J. Dines at 7:39 pm 3 comments:

A break, then back to business

On Wednesday morning my wife and I are heading for Disney World, Florida. Our recent good news would have changed our plans had we known sooner, but we’ve already cancelled the trip twice and doing so again this late in the day would cost us a considerable amount of money; so we’re going. It’s partly a break, partly a celebration: the first draft of the novel; our three year wedding anniversary (we got married in Disney so it has special significance); and, of course, the news of our little one. Two-and-a-half-weeks of sunshine and relaxation, good food and good times, looking back (a little), looking forward (a lot). Upon our return I’ll post a picture or four, but then it’s back to business. The business of books and babies. Preparing to send one out, preparing to welcome the other in.
Posted by Steven J. Dines at 7:09 pm 2 comments:

Steven J. Dines
I live in the granite city - Aberdeen, Scotland - where I have been writing short fiction for many years. My work has appeared in over seventy online and print publications and tends to have a dark, psychological edge to it whether it is literary or genre in style. I am fascinated by the flawed protagonist, the outsider, the persona non grata, much more interesting to me than the stereotypical hero or heroine.